As I Walked Out One Midsummer Morning – Laurie Lee 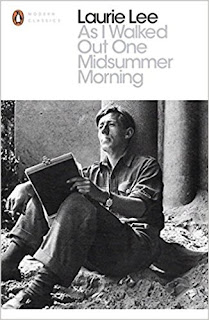 This delightful sequel to Cider With Rosie, is an ideal summer read when one wants to escape the restrictions of everyday life and visit somewhere different.  This is a captivating tale of a curious young man who does this when he decides to leave the security of his village and see more of the world.


Leaving rural Gloucestershire Laurie Lee begins his ‘walk’ taking the road to Southampton supporting himself by playing his violin.  Encouraged by this ability he heads for London managing to pay rent for a room by working as a wheelbarrow pusher’ on a building site and by playing his violin. When he has to leave his room due to his landlord letting it out to a prostitute and realising the building he is working on is nearing completion he knows he needs to move on and on the basis of knowing the Spanish for ‘Will you please give me a glass of water’ he decides to go to Spain landing in Galicia on the north west coast in July 1935.


His wanderings with only his violin to pay his way and the optimism and freshness of an idealistic young man take him from Vigo in the north down to the southern coast crossing a county where signs of an impending civil war were in evidence.  He befriended locals who more often than not gave him shelter and food.


His travels were stopped at the outbreak of the Spanish Civil War however in 1937 he returned to Spain to enlist for the International Brigade to fight against Franco.  Despite suffering epileptic fits his officer described his conduct as ‘excellent’.


The Glassblower of Murano – Marina Fiorato 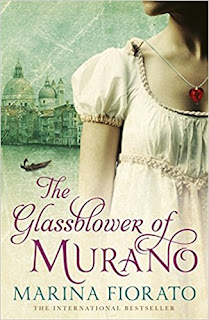 ‘Murano is a series of islands in the Venetian Lagoon linked by bridges and is famous for its glass making. It was once an independent commune, but is now a frazione of the comune of Venice.’


The story begins in 1681 with thirty-year-old Corradinio Manin looking on the lights of San Marco, Venice for the last time.  He is being hunted but there is one last thing he has to do before his hunters catch up with him. He hears footsteps behind him, at last he reaches the Calle della Morte – appropriately named the street of death – he stops, as do the footsteps.  His last words are ‘Will Leonora be safe?’  The last words he hears are ‘Yes, you have the word of The Ten’.


In Venice in 1681, glassblowing is the lifeblood of the Republic and Venetian mirrors are more treasured than gold.  The Council of Ten will go to any lengths to protect the glassblowers of Murano and their methods, virtually imprisoning them on the island. Corradinio Manin has sold his methods to a person. In their eyes he has betrayed them.


In the present day, Nora Manin, a teacher in ceramics and sculpture wakes at 4am.  Her marriage to a doctor is over, shattered. Today is the day she is going to leave England and begin a new life in Venice as a glassblower


And thus the scene is set for a combination of mystery, historical intrigue and love, written by an English/Venetian author, telling a story of passion, genius and betrayal linking the present and the past. 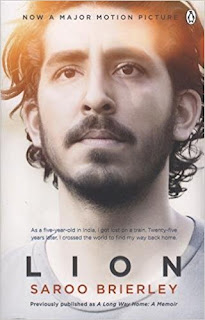 ‘As a five-year old in India, I got lost on a train. Twenty-five years later, I crossed the world to find my way back home.’


In the early 1980’s an Indian man walked out on his family leaving his wife and children in a state of poverty. The wife found work in construction whilst five-year-old Saroo and his older brothers begged at railway stations. One evening Saroo went with his older brother Guddu on a train from Kwanda to Burhanpur.  Saroo collapsed with tiredness and fell asleep on a train.  When he woke Guddu was not there.  Panic set in, he tried to remember which train he should take to get home but without success and eventually he ended up on the streets of Calcutta (Kolkata).

The story follows his life on the streets, an inner sixth sense helping him to survive including escaping from a railway worker who befriended him and then showed him to a friend. Saroo felt something was not right and he ran from the house where he had been ‘invited’ to stay. Eventually a teenager took him to a police station and he was taken in by the Indian Society for Sponsorship and Adoption. The Society tried unsucessfully to locate his family.  What Saroo did not know was that he had been unable to give them enough information for them to trace his hometown and he was officially declared as a lost child.

There was an adoption scheme between the Indian and Australian governments and Saroo was adopted by a family in Hobart, Tasmania, Australia, the Brierley family.  His new life began in Hobart.

During the relatively short passage of time from the late 1980’s to the present day, the world wide web became part of everyday lives and following a lead, Saroo realises he may be able to trace his family in India by using the Social Media sites.


The Messenger of Athens – Anne Zaroudi 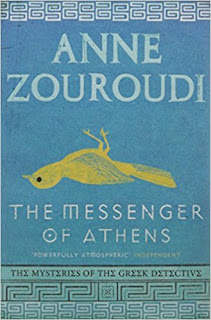 A light-hearted summer murder mystery read set in Greece. It is set on the fictional island of Thinimos and is the first book in a series based on the Seven Deadly Sins. This being based on ‘Lust’ and features a rather strange detective, Hermes Diaktoros of whom little is known, other than he appears when what is seemingly a straightforward death has occurred.

Mystery surrounds him. Could he be an ‘avenging angel’ only reporting to a ‘higher authority’ and there to ensure justice is carried out?

His methods of investigation are unorthodox, his trademark a pair of immaculately kept white plimsolls, possibly a modern version of the winged sandals worn by his namesake Hermes, messenger of the Gods. The reader is never told how he gets his information thus adding to his mystique.

In this first book based on ‘Lust’, a young girl’s body has been discovered lying at the bottom of a mountainside.  Her death is shrugged off by the local police as an accident or suicide until Hermes appears on the scene. He is determined that the truth of her death will be told and his investigations depict a darker side of Greek life in a protective community where myths, lies, corruption and tragedy along with a touching love story are revealed.

Despite the fantasy element it is a good mystery story and a must for anyone who loves to read about Greek culture other than the sun, sea and sand holiday aspect.

Thank you, Brenda, for sharing your summer reads.

May I also say that my new novel The Woman in the Shadows about Thomas and Elizabeth Cromwell will be published by Accent Press on 4th August 2017. Pre Order on Amazon. 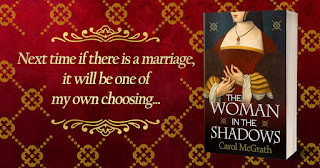